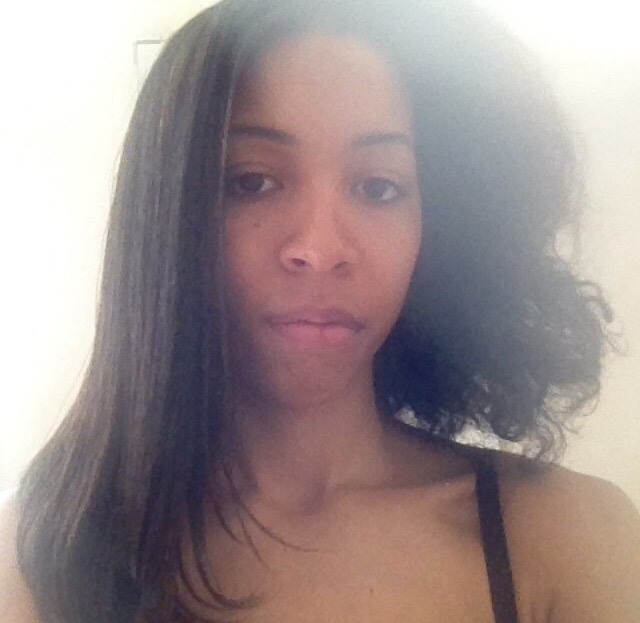 I am African-American, Dominican, and Cherokee.  I grew up in a home where there was a lot of love, and my family brought in enough money to pay the bills, but we were paycheck-to-paycheck anyway.  When I went to public school, my class was predominantly black.  To them, the Dominican boy was Dominican.  The Polish boy was Polish.  Both of them were lighter than me, but to my class, I was white.

At eleven years old, I received a scholarship for minority students and was accepted into a prestigious private school.  I was surrounded by white people and I was definitely not one of them.  I thought the two Chinese, one Puerto Rican and two other black students that were accepted at the same time as I was would have my back, but they drifted into their cliques and I was alone.  And light-skinned.

I was not curvy enough to be sexy, I wasn’t a Hollywood kind of thin.  I wasn’t fashionable enough to make up for it.  My sole vanity was my hair, which I relaxed and blew out into stick-straight submission.  My mother touched my hair approvingly after one particularly successful “perm” and told me that my hair was so soft and smooth, like “white people hair.”  I repeated the phrase over and over as I touched my hair, running my fingers through it until it started to fall out in clumps.  I cried as my mother washed my hair that night, not because my scalp burned but because I knew it would never be that straight again.

When I left school, I had been permanently disfigured with a syndrome known as “talking like a white person,” and I was made fun of relentlessly by my black coworkers.  My white boyfriend further complicated matters.  What could I say?  The black and Hispanic men that I was interested in didn’t seem to be interested in me, and the white boy thought I was a sun goddess.  We spent a summer drinking Frappuccinos and scribbling poetry in Moleskine notebooks on the floor of Barnes and Noble before I met the man that I would marry.

I have no other experience but my own.  I was not born with an understanding of how a black woman should move in this world, but I have learned, for me, the answer is “as quietly as possible.”  Every time I have opened my mouth to share my experience with the world, I have been silenced by the disenfranchised, the angry and the woke.

I am not woke.  I did not watch Roots because my mother thought I was too young to see it.  I didn’t see Malcolm X, either.  I have no one’s experience but my own, and that is this.  I have suffered prejudice and dismissal at the hands of white people, but I have experienced racism through black people.

My experience isn’t the truth, but it’s all I know.  Your experience isn’t the truth, but it’s all you know.  I grew up in a black family that valued their blackness, in black neighborhoods where people were doing the best they could.  We weren’t concerned about slavery, we were concerned about survival.  We were buying our freedom with student loans and mortgages and car notes.  I was told constantly “The white people do this…the white people stick together…this is why black people can’t have nothin’.”  When I drove past the beautiful homes near Brooklyn College, I was told “Jews pay off their homes, they pass them down, they buy life insurance…they would never let you live here.”

In other words, I was born onto the hamster wheel of the middle-class black—never getting ahead, constantly earning the scorn of the people that didn’t have as much and the pity of those that had more.  I was alternately teased and praised for my soft hair, my long legs, my light skin.  Light-skinned black women have been dancing this dance for all of this country’s history.  We are fetishized, ridiculed and dismissed as conceited and uppity.

Now, I live in a middle-class black neighborhood, and my daughter is even lighter than I am.  We just had a shooting here a couple of weeks ago, and I saw another man dead on my way home with my husband last night.  My husband, like every good father that’s ever lived, wants to move us to a neighborhood where we’ll feel safe.  But the neighborhood that we live in is a traditionally black owned neighborhood.  It’s full of black teachers, lawyers, doctors and churches.  How am I supposed to preserve my baby’s blackness when the world keeps invalidating us?  Am I supposed to stay here and earn my stripes while gunshots ring out a few blocks away?

I was recently attacked on Twitter for responding to someone who said that black people come out with a new slave movie every year when the Jews don’t constantly put out a Holocaust movie.  I said that black people, unlike Jews, are obsessed with getting their 40 acres and making sure everyone knows where they came from.  It may not be a popular thing to say, but we have become so fixated on making sure that people know that things aren’t fair around here that we don’t look hard enough at getting ahead.  We don’t look at what the real problem is.  We are still tearing each other down.  Someone makes a statement, I respond, and they immediately try to tear me to pieces.  We’re so busy being angry that we’ve stopped listening.  We’re so busy being angry that we’re about to elect a racist, sexist tyrant into office.  I am not unreasonable and I understand that my experience is different than yours.  Convert me to your side, don’t dismiss me as part of the problem.

I refuse to have myself or my family leveraged by anyone’s agenda.  If you are concerned with making sure we get it, get us first.  Don’t make the mistake of assuming that us black people are all alike.